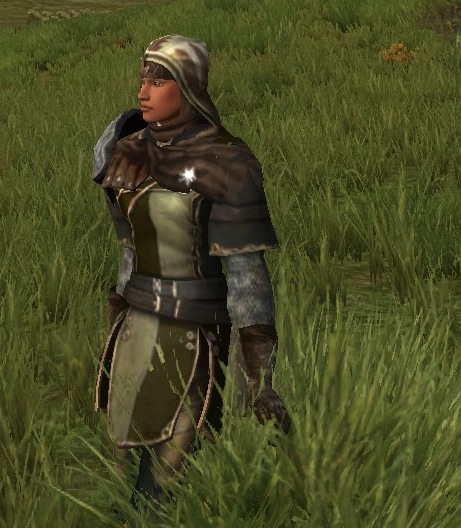 The very first thing I did upon reaching Rohan- even before I made my epic beeline for a warsteed- was to mine enough ore to make a guild crest and this tunic. It was worth it! And thanks to the magic of the shared wardrobe, I could equip it long before I reached the minimum usable level of 85.

I fell in love with this light head piece when I first saw it in the Great River, and sped along the Thinglad quest that rewards it so I could have the coveted piece…. sit in my vault for weeks, completely untouched. Thankfully my hoarding was rewarded when I fit it on this outfit. I love how the neckline of the headscarf blends with the Grey Company shoulders so it all looks like one swath of fabric.

Rohan is fantastically designed, and definitely rewards those who go searching for details. Unfortunate clipping on the back of the outfit, but so it goes. 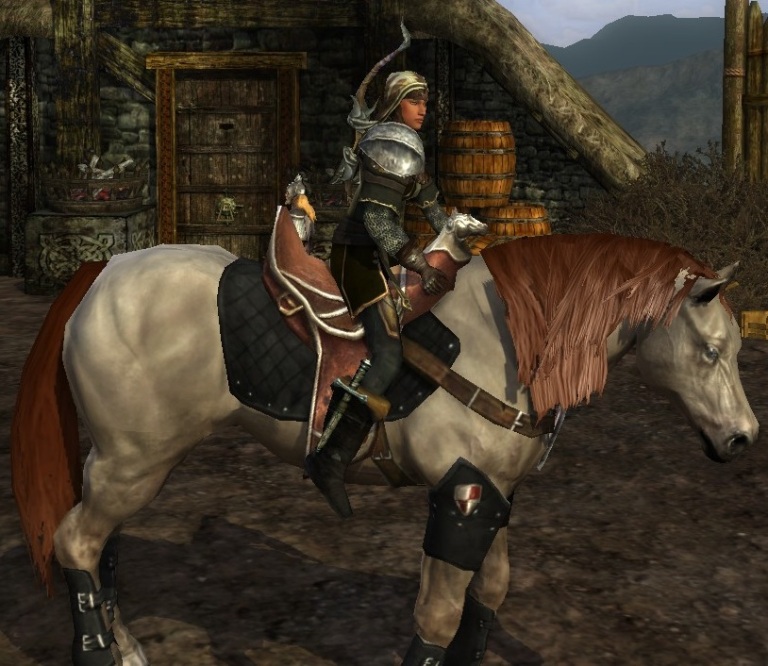 It’s so easy to overuse the Grey Company cosmetics. I feel I see them on every other character, but that’s because they are so great! The boots with their dagger detail shine in a whole new light with mounted combat.